Children of the Horn
Instrumental Ensemble

Children of the Horn is an instrumental ensemble that has created a unique sound by combining influences from soul jazz, rhythm and blues, and world music.  The band’s line-up is comprised of seasoned, professional musicians from the Raleigh-Durham, North Carolina area.  With a front-line of horns backed by a rhythm section, Children of the Horn takes the listener on a kaleidoscopic journey through original compositions that range from super-syncopated funk and Latin to swaggering New Orleans Second Line to classic Motown-inspired grooves.

Audiences of all ages find the band to be highly entertaining.  Their tight arrangements and skillfully improvised solos have earned the band opportunities to share the stage with international stars such as Dirty Dozen Brass Band, P-Funk, and Dr. Lonnie Smith. Children of the Horn performs original compositions and arrangements developed by its members.

Following in the tradition of legendary horn bands like Tower of Power and Dirty Dozen Brass Band, Children of the Horn places the horn section on the front line.  The musicians in the band are experienced performers and music educatiors at NC State University and Duke University.

Wayne Leechford is a multi-instrumental musician and music educator. He

received his Bachelor and Master of Music degrees in saxophone performance from the NC School of the Arts. As a student, he performed for President Bill Clinton at the White House. He has performed with The Four Tops, The Temptations, The Coasters, Clay Aiken, Regis Philbin, Susan Lucci, Lorna Luft, Frankie Valli & the Four Seasons, Dr. Lonnie Smith, The Cab Calloway Orchestra, and the New Century Saxophone Quartet. In addition, he has performed for many national Broadway tours. Locally, he has performed with NC Wind Orchestra, Raleigh Symphony, NC Jazz Repertory Orchestra, Orquesta GarDel, and Tar River Orchestra.  He teaches saxophone at NC State University.

Robo Jones picked up the trombone at age 14 and has never put it down. In his hometown of Mocksville, NC, he grew up playing Gospel music with his family. Since that time, he has played in several bands and has had the opportunity to perform with jazz legends such as Slide Hampton, David Murray, and Al Grey. He shared the stage with the Ramones, Silk, and Billy Joel as a member of the band “Sex Police”. He co-wrote music that was featured in two episodes of the TV series “G vs. E” and he can be seen in the VH1 documentary on the “Squirrel Nut Zippers.”

Drew Lile has performed on guitar, banjo, and mandolin with the North Carolina Symphony, NC Theater, NC Jazz Repertory Orchestra, national Broadway tours, and artists such as Luciano Pavarotti, The Pointer Sisters, Little Anthony and the Imperials, Patti Page, and Clark Terry. He appeared in the CBS Hallmark Hall of Fame movie “The Summer of Ben Tyler” starring James Woods. He teaches at Duke University.

Bryan McCune, cornet/trumpet/electronics, has performed in jazz groups for over 30 years, starting in his home state of Nebraska, followed by Chapel Hill, Washington, D.C., and Baltimore, then back to the Triangle where he currently resides in Raleigh. He has also composed for and performed with a number of choreographers and modern dance companies in the Washington-Baltimore and Triangle areas, including shows at such venues as the Kennedy Center and Dance Place in D.C. and Carolina and Fletcher Theaters in the Triangle. He has produced several CDs in recent years, and performed on recordings by other artists. Todd Protor started playing drums at the age of twelve. Since then, his career has taken him around the country from Massachusetts to Florida to California and everywhere in-between. While attending East Carolina University, he had the opportunity to play with some of the world’s finest Jazz musicians including Mulgrew Miller, Christian McBride, Grady Tate, and Maceo Parker. He has an active freelance career performing and recording various styles of music with artists throughout the Southeast. 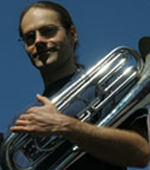 “Children of the Horn provided a very entertaining set that everyone enjoyed.  I was impressed by their musicianship and professional presentation.  The crowd in attendance was very responsive to their music.  I would recommend Children of the Horn for any live music event and will definitely hire them again when opportunity presents itself.”
-The Ujima Group

“Raleigh’s Children of the Horn hit the funk heavy … they do tasty soul jazz an world music too.”
-Independent Weekly, March 2006

Professional author, storyteller and multicultural folklorist, Donna Washington has been featured at hundreds of festivals and thousands of schools, libraries, theaters and other venues around the world, including Canada, Peru, Argentina and Hong Kong.  A multiple-award winning artist with nine CD's, she presents stories for audiences as young as four and for families and adults of all ages.

For his Willie Nelson Tribute, Roy Hammock (appropriately nicknamed "Roy Willie" by his fans) received Country’s Hottest Hitter Award from The Reel Awards in Las Vegas--the Academy Awards for tribute artists. He also was the winner of the Willie Nelson Lookalike Contest.

The Johnny Cash Experience is a Broadway-quality show that takes the audience through the late country legend’s career, covering Early Johnny Cash, Johnny Cash & June Carter, and the Folsom Prison Concert Era.  Those who see his performance will know what it must have been like to see the real Johnny Cash in concert -- his voice, mannerisms, and his band are wholly true to the legend.

Consisting of trumpet, trombone, clarinet, tuba, banjo and percussion, RAZZaMaJAZZ has been entertaining North Carolina audiences for more than 20 years, playing a variety of musical styles, including Jazz, Dixieland and Swing.

This Young, Classic Rock/Pop band from Richmond, Virginia boasts a rapidly growing fan base along the East Coast.  They perform tunes ranging from Stevie Wonder to Van Halen and Bruno Mars.  Their 2019 release, Yellow Dress, reached #1 on the charts in Virginia and #59 in the United States.

Award-winning Musical Ambassadors from Russia, Moscow Nights is an exciting, versatile trio of world-recognized, prize-winning musicians who have established themselves as one of the fastest rising folk groups in the U.S. Presenting authentic Russian folk traditions and culture, their lilting Balalaikas, dynamic Bayan Accordion, humorous dances and superb vocals create an exhilarating, educational performance for all ages.

Invite your audiences to enjoy an evening of tributes to legends with more than 60 legendary vocalists in one talent-packed show, starring extraordinary singing impressionist, Eric Kearns. You can customize the show for your audience by choosing from more than 60 vocalists to "perform" during your show.

PushPlay keeps events exciting and guests entertained with a variety of music from the 70's to current Rock, Pop, Soul, R&B, Country and Top 40 hits.

Recording Artist, writer and composer Mickey Mills is an exciting, energetic, multi-talented entertainer par excellence.  He is a vocalist, songwriter and steel drum player, who has been called “the fastest steel drum soloist on Earth”.  A native of Trinidad and Tobago, Mickey has performed on steel drums nationally and internationally, including Madison Square Garden.

Jef weaves through the crowd at festivals, fairs and first nights, sharing his wacky brand of roving artistry which includes mime, juggling, mask work and variety arts. Festival goers become willing participants, interacting with him by creating faces for his masks, juggling with him, posing for photos with his masterpiece camera and even playing a game of human-sized ring toss with one another.

Using the latest in live sound technology, transit is able to harness vocals and transform them into a high impact show that some will scarcely believe is created with only 5 voices.  Showcasing popular songs of today and their original music, transit will connect with audiences of all ages and backgrounds.

The Legacy entertains audiences with the classic Motown sound from Detroit, exciting, high-energy choreography and impressive showmanship.  The Legacy will take the audience back to the days of The Drifters, The Coasters, The Jacksons, Earth Wind& Fire, The Four Tops, The Okays, Isley Brothers, Kool and the Gang, Jackson Five, Chairmen of the Board, Pharrel Williams and the Temptations.